A place steeped in cultural significance and blessed with a rich natural bounty,
The Landing is the jewel in the crown of the Bay of Islands. 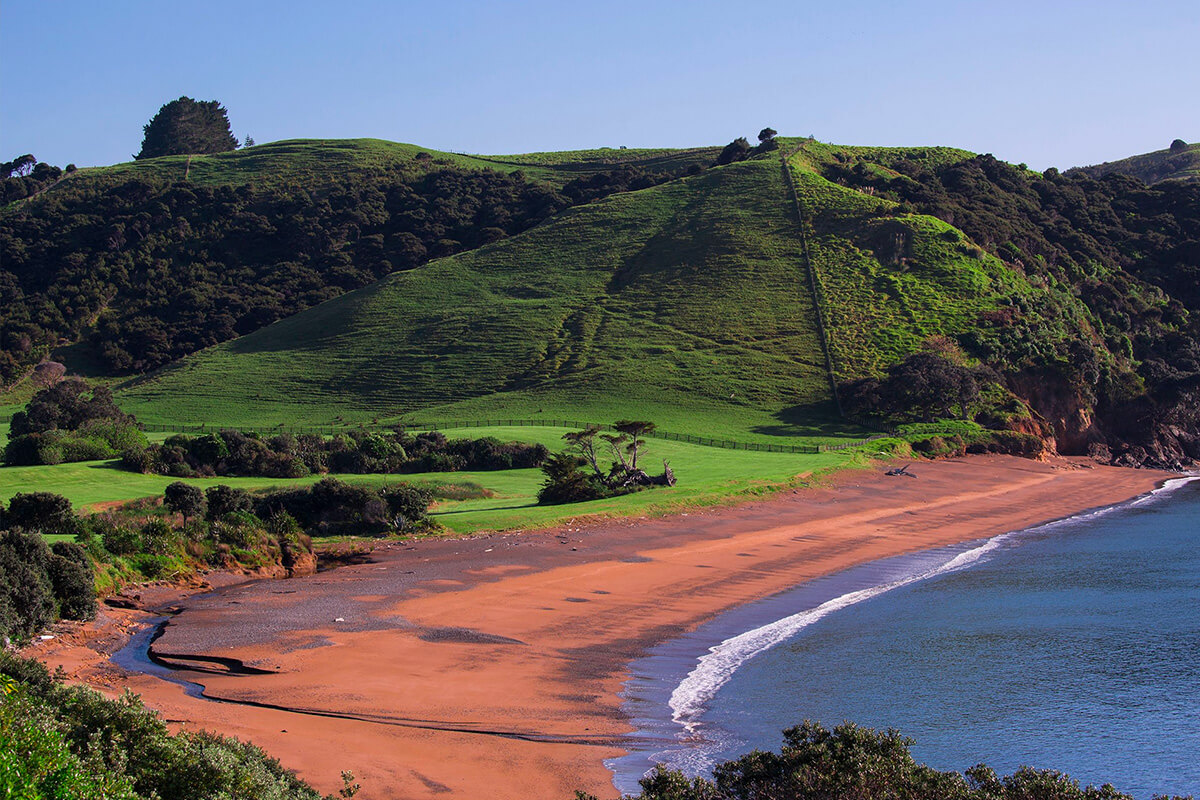 The Purerua Peninsula, home to The Landing, is one of the most exquisite places in the world – a coastal paradise of turquoise water and white sands lining a verdant patchwork of rolling farmland and native forests.

But the spirit of The Landing goes deeper than the beauty of the ocean and land or the purity of the air. As one of the earliest sites of settlement and trade in New Zealand, this place has a deep sense of history and warmth that can only be experienced by being here – sharing meals made with ingredients grown and gathered in the region, hearing the stories of the past told by the people who live here, and encountering the places and artefacts held sacred as taonga (treasures). 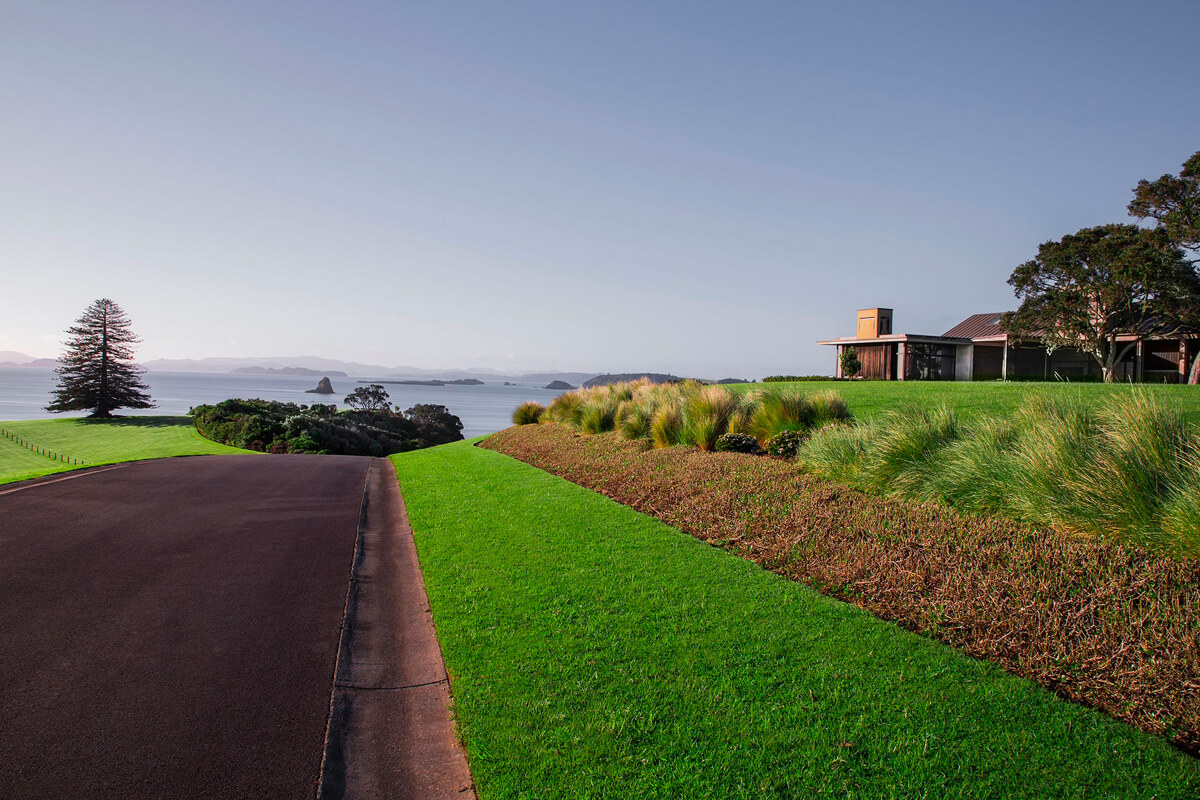 At The Landing, our guiding principle is to honour and protect the history and landscape of this place so we can continue to share it with others for generations to come. The property has been developed with the blessing and contribution of local iwi (Māori tribes) and the land where sites of cultural and heritage importance lie within the property are held in a charitable trust to ensure their preservation.

The Landing is the vision and personal passion of Peter Cooper, a Northland-born New Zealander who divides his time between New Zealand and the United States. Peter is the founder and executive chairman of Cooper and Company, a private investment firm whose New Zealand interests include the Britomart precinct in downtown Auckland. 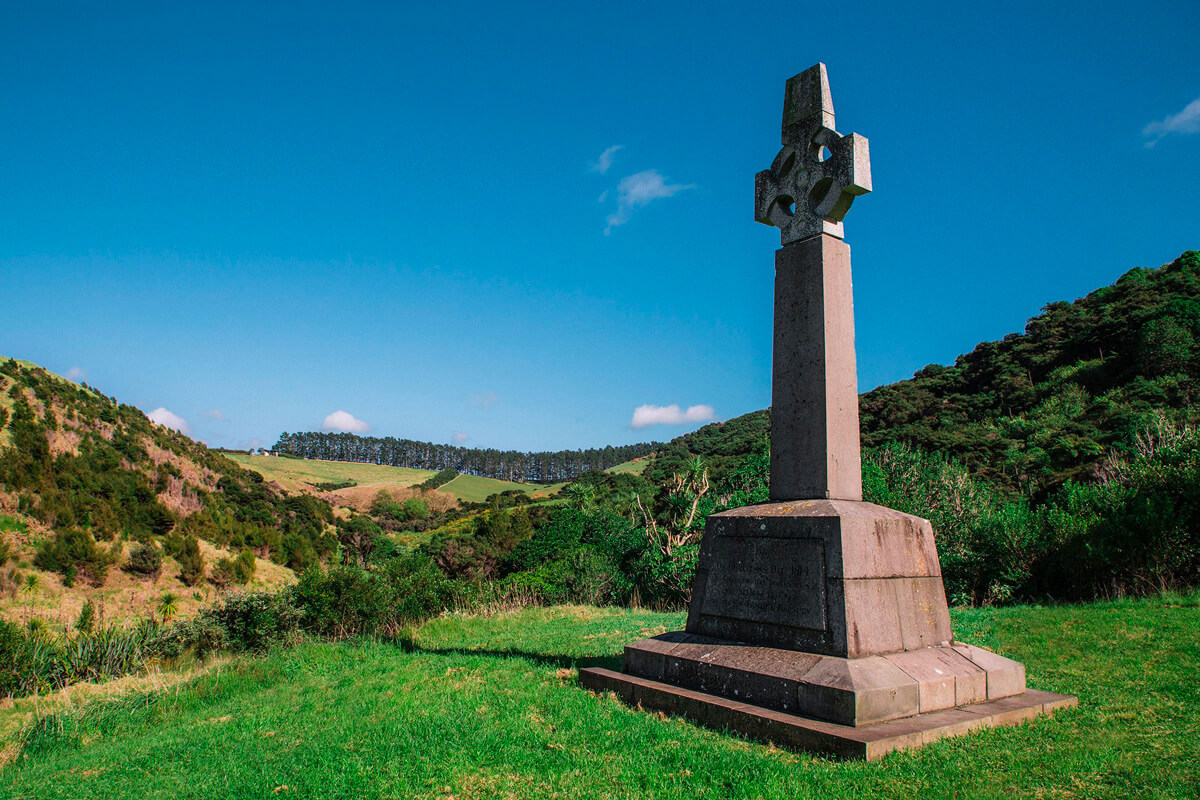 The warm and welcoming Northland region has been a centre of cultural exchange for two hundred years.

The Bay of Islands was one of the first regions in New Zealand settled by early Māori voyagers from Polynesia. Rangihoua and Wairoa Bays were inhabited with Māori settlements for centuries before the arrival of the first Europeans, and in 1807, the Māori village of Te Puna – then located at The Landing – was described as ‘the capital of the country’.

In 1840, Te Tiriti o Waitangi (The Treaty of Waitangi), modern New Zealand’s founding document, was signed by the Māori people and the British Crown at Waitangi, just across the harbour from The Landing, making New Zealand a colony of Great Britain. 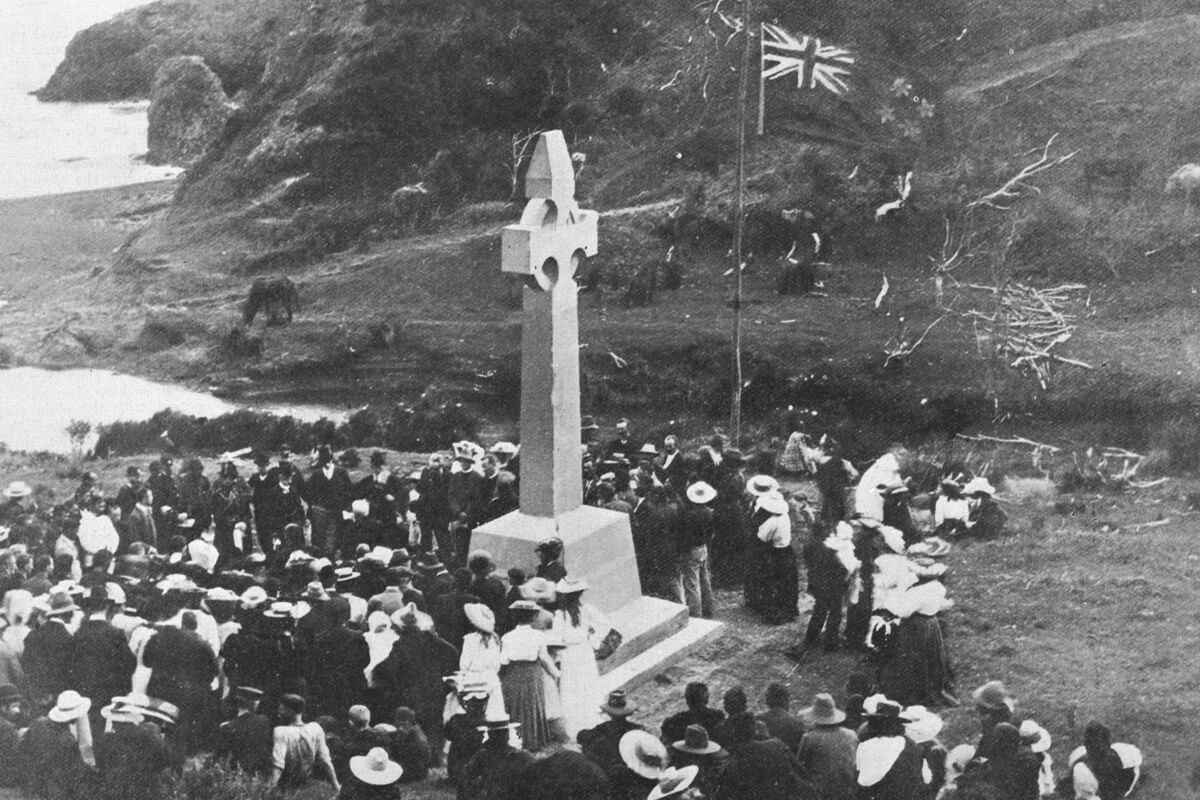 The Landing’s story begins with a senior Maori chief named Te Pahi who held a pa (fort) in the early 1800s on Motuapo, or Te Pahi’s island, which lies just offshore from The Boathouse at Wairoa Bay. Te Pahi of the “clear, strong and comprehensive mind” was the first influential Maori leader to visit Australia when he sailed to New South Wales in 1805 to meet with Reverend Samuel Marsden (who later came to New Zealand as a missionary and planted the country’s first grapevines in the Bay of Islands) and Governor Philip King.

Te Pahi impressed British colonial officials with his shrewdness and keenness for trade, encouraging the Europeans towards developing mutually advantageous relations with Māori in New Zealand.

After Te Pahi died, his nephew Ruatara took his place, welcoming Reverend Marsden when he landed at Hohi Bay – a short walk from The Landing – in December 1814. Marsden’s arrival marked the beginning of European settlement in New Zealand. He preached the country’s first Christian sermon at Hohi Bay on Christmas Day that same year – an event permanently commemorated by the Marsden Cross, situated within Rangihoua Heritage Park, which neighbours The Landing.

On the same brig, Active, that brought Marsden to New Zealand was a young man named Thomas Hansen II, who would be New Zealand’s first permanent non-missionary settler. On a small plot of land at Hohi Bay, at the base of Rangihoua Pa, Hansen and his wife raised 11 children. Their first-born, Hannah King Hansen, for whom a tall Norfolk Pine that stands at The Landing was said to be was planted, married Captain George Clapham, a whaler, and together they had three children: Maryann, Thomas and Hannah Elizabeth.

Hannah Elizabeth and her husband, George Mountain settled on the Purerua Peninsula, close to Te Puna, and bore a son – Walter Clapham Mountain – who would become a local legend. In the early 1800s, Walter took over his father’s store and canning factory and began selling alcohol and other much-needed supplies – even running a bootleg distillery hidden in caves on the Peninsula when the law came down on alcohol sales.

“Walter Mountain was a man of action, vision, and charisma. He was also a man of the community, both Māori and Pakeha,” wrote a Northland newspaper when Walter died in 1930. A Māori verse read at his funeral, translates as: “This is a tribute of sorrowful regard for our beloved friend Walter Mountain, who now sleeps his long sleep. This man was a loyal friend of our parents and a loyal friend of ours. We considered him as our father, in connection with our affairs. Our father was deeply versed in the Māori language and our ways. Depart hence, o friend of ours, to thy place of rest.”

Walter C. Mountain fathered 16 children: 15 daughters and a son, who was named Walter Jr and who lived in the area until 2008. In 1999, Peter Cooper purchased land from the Mountain family with the goal of preserving and developing it – beginning the story of The Landing as it is today.

You have Successfully Subscribed!